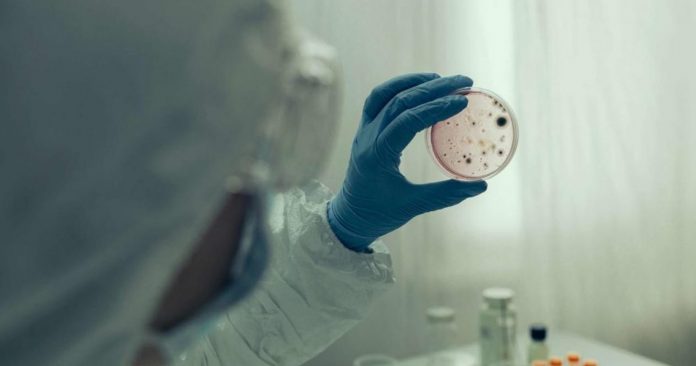 As human civilizations flourished, so does epidemics and pandemics that have ravaged humanity, rewritten the course of history and, sometimes, signaled the end of civilizations.

All the novel infections – be it flu, influenza, or COVID – become epidemic when large numbers of people live in close proximity, often with malnutrition and poor sanitation, and then with the help of new overseas trading routes the epidemic spreads far and wide, and becomes the global pandemic.

The presence of communicable diseases existed since hunter-gatherer days, but the shift to agrarian life (that is around 10,000 years ago) created communities in a way that opened more possibilities for epidemics. All the current date diseases like Malaria, leprosy, influenza, tuberculosis, smallpox and others first appeared during that period.

The more civilized we are, building skyscrapers and forging trade routes to become a global village, the more likely pandemics became; let’s have a timeline of epidemics that have changed history’s course and reinforced our perceptions of frailty.

The fears from the latest pandemics are rooted deep in our history. Plague of the mid-14 century that erupted in medieval Europe took millions of lives even at a time when globalization was not that common, slashed national and continental populations by staggering numbers.

Reaching further back, the sacred texts that is present to this day chronicled the ninth plague that one can find in the book of Exodus, which now acts as a harbinger of the self-isolation, quarantine, and social distancing that stretches for months, we hope not for years, to come.

Here is a list of some of the worst epidemics and pandemics, from prehistoric to modern times.

The earliest recorded pandemic that can be traced is dated back to the Peloponnesian War; the disease spread through Libya, Egypt, and Ethiopia, then reached the Athenian walls at the time when the Spartans laid siege. The epidemic caused two-thirds of the population to die.

The symptoms were fever, bloody throat and tongue, thirst, red skin, and lesions. The disease weakened the Athenians significantly and became the most important reason in their defeat by the Spartans.

The Antonine plague was diagnosed with an early appearance of smallpox that began with the Huns, who infected the Germans, who shared it with the Romans and then returning troops spread it in the entire Roman Empire.

Symptoms were fever, diarrhea, sore throat, and, if the patient lived long, pus-filled sores used to appear on the body. This plague continued for around 15 years, claiming Emperor Marcus Aurelius was also one of its victims.

Named after the first victim who was the Christian bishop of Carthage, the plague entailed diarrhea, throat ulcers, vomiting, fever, and gangrenous hands and feet.

Citizens fled to the country to escape infection but actually ended up with spreading the disease further. Reportedly, the epidemic started in Ethiopia and then passed through Northern Africa, Rome, and then onto Egypt and further northward.

The Cyprian Plague recurred outbreaks for the next three centuries. Later in 444 A.D., it hit Britain and obstructed their defensive efforts against the Scots and Picts, causing the British to seek help from the Saxons, who controlled the island later.

First appeared in Egypt, the Justinian plague then, spread through Palestine and the Byzantine Empire, and finally then throughout the Mediterranean.

This plague was the first pandemic that changed the course of the empire – causing massive economic loss and silencing Emperor Justinian’s plans to bring the Roman Empire back together. The outbreak was also credited to creating an apocalyptic atmosphere that rapidly spread Christianity.

Its initial occurrence was not that disastrous than its recurrences that spanned over the next two centuries eventually killed more than 50 million people, at that time, this figure was about 26 percent of the world population.

According to some researchers, Justinian Plague was the first significant appearance of the bubonic plague, which used to cause enlarged lymphatic gland and was carried by rats and spread by fleas.

The Black Death is the second largest outbreak of bubonic plague, and responsible for the death of one-third of the world population, this is possibly started from Asia and moved west through caravans. Entered through Sicily in 1347 A.D. and spread throughout Europe rapidly by plague sufferers – when they arrived in the port of Messina. The outbreak was so quick, prevalent, and especially, deadlier that many dead bodies remained rotting and stenching on the ground.

This pandemic was also the reason for trucing the war between England and France, as the both were left incapacitated by the plague. The same Black death collapsed the British feudal system due to worsening economic circumstances and demographics. Damaging populations in Greenland, Vikings lost their strength to continue battling against native populations, and even their exploration of North America was also halted due to the outbreak.

Another devastating appearance of the bubonic plague took away 20 percent of London’s population. As human death tolls mounted, thousands of cats and dogs were slaughtered as the possible cause of the disease along the Thames ports.

As the wave of bubonic plague settled (not ended yet) a bit, another series of (seven) cholera pandemics began that lasted for the next 150 years, this wave of the small intestine infection started from Russia, where one million people died, and spread through feces-infected water and food (bacterium) to British soldiers who brought it to India where some more millions died.

The British Empire reach and its navy were the ones who spread cholera to Africa, Spain, Indonesia,  Japan, China, Germany, Italy, and America, where it killed more than 150,000 people. After the half century (around in 1850), a vaccine was created but pandemics didn’t stop.

Another 15 million died in China, India, and Hong Kong, and the reason was the same – the bubonic plague, which initially spread by fleas during a mining boom in Yunnan, and then became the reason behind the Parthay and Taiping rebellions. Sadly, India faced the most substantial casualties, even the epidemic was also used as an excuse for repressive policies that sparked revolts against the British. The pandemic was active until 1960.

During a measles outbreak, when Fiji ceded to the British Empire, a royal party visited Australia and brought the disease back to their island, which was further spread by the police and tribal leaders who met with them upon their arrival.

The spread was so quick and widespread that the island was soon littered with corpses that were later scavenged by wild animals, and unfortunately, the entire villages died and burned down, even the sick also trapped inside the fires. One-third of Fiji’s population (40,000 people) died.

The first significant flu pandemic started in Kazakhstan and Siberia, then traveled to Moscow, and made its way to Finland and then to Poland, where it spread into the rest of Europe. By the next year, the flu pandemic had crossed the ocean into North Africa and America, and by the end of 1890, around 360,000 had died.

The most relevant antecedent to the current circumstance of COVID-19 is the Spanish Flu, that spanned the globe somewhere between 1918 and 19, the Flu killed more people than those who died in World War I. The estimates were more than 50 million fatalities.

The spread of the disease is linked to the trans-Atlantic deployments of American forces in the last days of WWI, and to the victorious return of Allied forces.

SARS identified in 2003 after months of cases, and is believed to have started with bats, spread to cats and then jumped to humans somewhere in China, followed by many other countries, affecting 8,000+ people, and causing 774 deaths mainly in mainland China, Taiwan, Hong Kong, and Singapore.

SARS, just like COVID-19, is characterized by respiratory problems, like dry cough, head and body aches, and fever, spread through respiratory droplets from sneezes and coughs.

Quarantine efforts proved effective within some months, the virus was contained and never reappeared since; it was SARS that led global health professionals to think about improving outbreak responses.

In many ways, the earlier outbreaks of Swine Flu and Coronavirus are the same, where people, especially Asian countries, had limited rehearsal to deal with the lethal contagions and keep warning the world about the potential widespread.

Swine flu, an H1N1 virus of the Spanish flu infected hundreds of millions worldwide, not excluding young and healthy.

The murderous explosion of the Ebola virus swept through West Africa between 2014 and 16 killed around 11,300 people; it’s referred to as an outbreak or epidemic, even crossed frontiers between Liberia, Guinea, and Sierra Leone.

MERS claimed limited (around) 858 lives from 2,494 reported infections, mainly in the Arabian Peninsula; after three years the outbreak was then observed in South Korea.

On March 11, 2020, the World Health Organization announced that COVID-19 is officially a pandemic after spreading to 114 countries in the period of just three months and infecting more than 118,000 people. And unfortunately, the spread wasn’t anywhere near finished.

Novel coronavirus is the family of viruses that includes the common flu and SARS. Symptoms are; fever, respiratory problems, and cough – these symptoms can lead to pneumonia and death. Similar to SARS, it’s spread through droplets from sneezes and coughs.

The first COVID-19 case was reported in the Hubei Province of China on November 17, 2019, but went unrecognized; the pandemic got researchers’ attention when eight more cases appeared in December. The infection officially coined as COVID-19 on February 11, 2019.

By mid-March the virus spread beyond Chinese borders and reached more than 163 countries of the world; all the world scientists are working hard to create the vaccine of the deadliest pandemic.