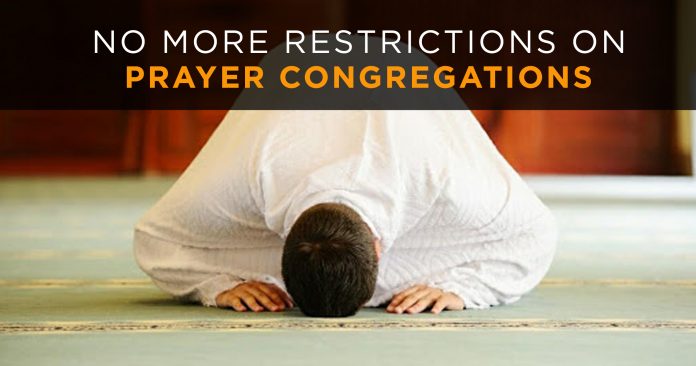 The meeting warned the government not to further the restrictions on congregational prayers in mosques, which have been imposed to prevent the spread of the COVID-19.

The clerics’ warning issued before the government could think of any concrete plan to curb the spread of the disease during the month of Ramazan.

The government banned congregational prayers after deliberation and meetings with religious leaders to curb Covid-19.

A video clip released by them today showed all the clerics sitting in close proximity to each other.

The meeting failed to acknowledge the official directives – that a maximum of five persons can offer Namaz in the mosques. The clerics also announced that apart from the daily prayers, Friday and Taraweeh congregations will also continue, following preventive measures. Such as;

The meeting also criticized the authorities who are arresting clerics across the country and demanded authorities to quash all the cases and allegations against them.

Don’t forget that every week, Aziz releases footage of huge congregations gathered for Friday prayers, denouncing all the restrictions imposed by the government. Due to which, a large number of mosques organizing Friday congregations is in Islamabad.

Senior officials of the ICT administration seemed helpless over the defiance by Aziz; on Monday night, police placed concrete barriers and blocked the entrance of Lal Masjid, so that people could not go inside.

But were stopped by female students who came out from the mosque and sat on the road to move the machinery forward.